How a parent plant’s DNA affects the hybrid 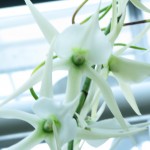 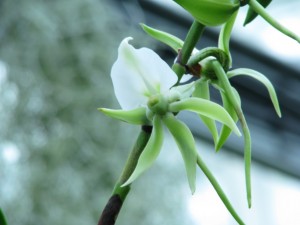 This month we have a perfect demonstration of how the DNA of parent species influence the character of  their hybrid. We have  the two species Angraecum sesquipedale and Angraecum eburneum, and their hybrid Angraecum Veitchii all in flower at once.

Have a look at the photos for yourself and try to spot the similarities. These photos were all taken by me on Saturday. 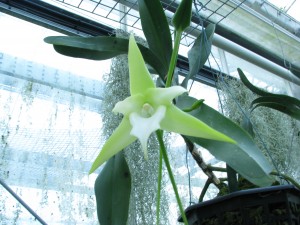